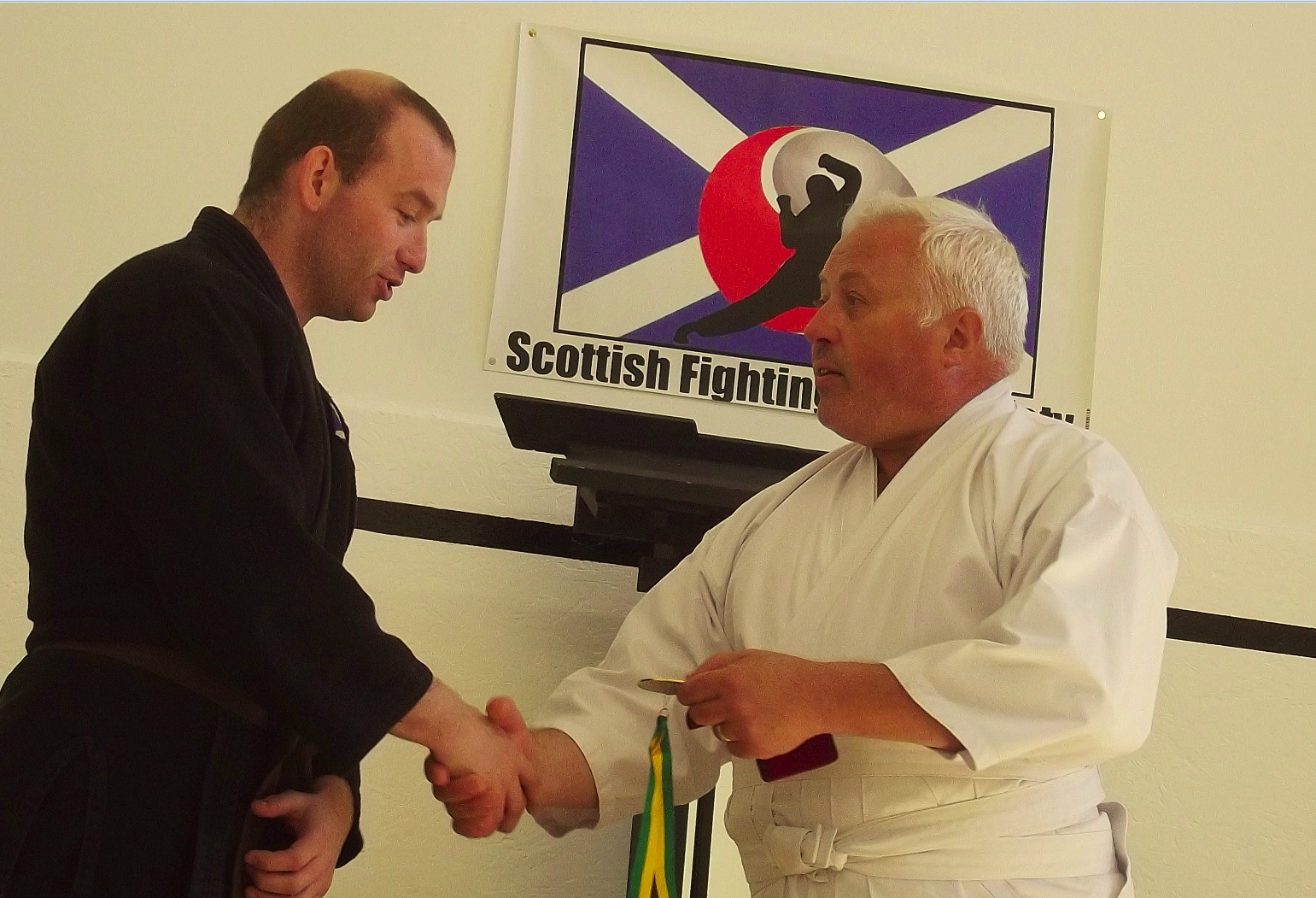 From time to time it is recognised that a particular Martial Artist goes beyond expectations and contributes so much more to society than most.  It was noted that through out the course of 2013 and more than most whilst attending a Training Holiday in Kos, Greece that Class Assistant Craig Mackay who trains at Kingsmills Kempo School, Smithton Kempo School and Kingsmills Kensei Kai Dojo had increased in standard and contributed to the group in the most heart warming and humbling way.  Even with the long days of training and long nights of social events and talking about Martial Arts History he found time to ensure the rest of the non training Holiday Group including Mr Ford whom having lost his sight enjoyed their stay in Kos.  Only once previous to this occasion has the "Fujii Award" been granted.  This award is issued on behalf of our Patron - Okimitsu Fujii Sensei so a huge well done to Craig and we hope that many can follow his example.