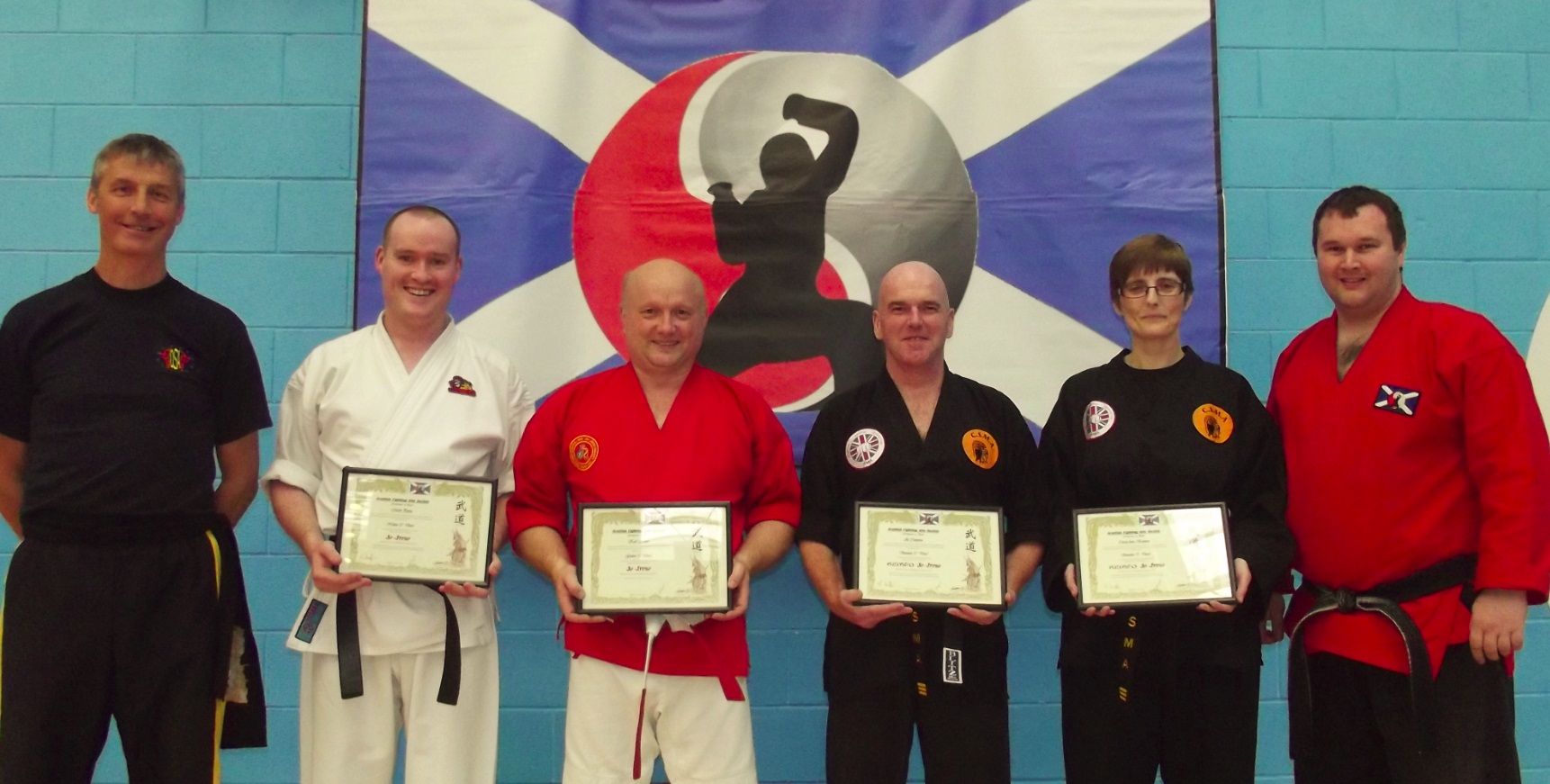 On Friday 20th September 2013 a Black Belt Grading Panel was formed in Aberdeen fo put 4 candidates through their paces. The Candidates’ were; Mark Petrie of Granite City Ju-Jitsu testing for 2nd Dan Ju-Jitsu, Karl Grubis of Goshin Jitsu Scotland testing for 5th Dan Ju-Jitsu, Ali Cameron and Carol Ann Kenmuir both from Cameron's School of Martial Arts testing for 3rd Dan Kempo Ju-Jitsu. After nearly 3 hours of testing with technique, ability, knowledge and fitness all a part of the assessment, it was obvious that all 4 candidates had given their all. To make it a little more agonising the outcome of the assessment was not announced till the next day at the Scottish Fighting Arts Society Gathering 2013. Pictured about are the successful candidates with some members of the Grading Panel. Ranks awarded on the day were issued and recognised by the Scottish Fighting Arts Society, the Oriental Sports Association & Cobra Martial Arts Association* Well done to you all!